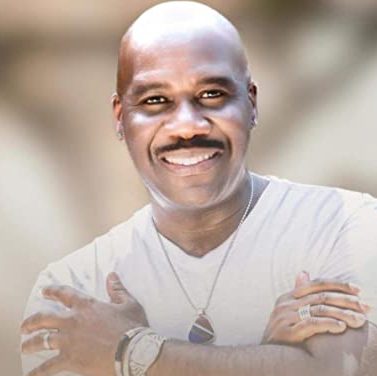 Will Downing Releases the Second of Two EP Tributes: Romantique Part 2 Will Downing, is releasing “Romantique Part 2”, the second of two truly unique EPs celebrating of the rich-velvet tones that came before him and set the template for his current three-plus decades run of producing the absolute finest in Sophisticated Soul. Sophisticated Soul is Wills independent record label and a home built for the instantly recognizable stamp that comes with that authentic WD sound. Like with “Romantique Part 1” the listener should go just a bit deeper to appreciate the tightrope act of making the classics sound new and the new retain a classic feel. With over 30 years and more than 20 albums to his credit, no one has done this better or for longer than Will Downing. THAT is “Sophisticated Soul” and the very essence of “Romantique Part 2”. “Romantique Part 2” continues the celebration of the unique deep male voices of past hitmakers that have inspired and influenced the huskier than average vocal tone of Downing. There is surely not a more fitting way to extend this tribute than with a tip of the cap to the Maestro of Love himself, Barry White and the former #1 hit Ecstasy. It should come as no surprise that Downing nails the deep vocal assignment with ease and sounds completely in his element. The next tribute lifts up the severely under-appreciated silky-smooth style of the U.S. Virgin Island born balladeer Jon Lucien, and the dreamy Quiet Storm classic Lady Love. Downing clearly recognized the need to emote every single note and syllable with absolute sincerity to capture the unabashed expression of love confessed in the sweetness of the lyrics. Midway through the project, the tribute takes a bit of a “party break” with a thumping drum and bass driven intro to the first of two Downing originals, Close to You. The hand-dance crowd will find this groove totally irresistible. It’s a welcomed change of tempo for Downing and a swift reminder of his versatility as both writer and artist, as he flows seamlessly to the complete opposite end of the spectrum as few others can do. The tribute resumes with a reminder of the surprising moment, legendary funk bassist Larry Graham put down his axe and shocked us with a powerful vocal performance on the tender wedding day staple One in a Million. It’s much less a shock to hear Downing take on the challenge, but a challenge none the less to put 21st century dressing on a now 40 year old track. Downing stays pretty true to the original through the verses before closing with a flood of emotional adlibs and placing a very personal stamp on the updated interpretation. Perhaps the most uniquely charming and transformative track on Romantique Part 2 is the R&B/Blues/Country blend of the 70’s Brook Benton hit Rainy Night in Georgia. With a sweet organ bed and harmonica accents threaded throughout, Downing’s voice sounds right at home taking on the dual task of singing the lyrics and painting the vivid picture in its storyline. Downing’s inspired performance was perhaps not only driven by an opportunity to honor Benton, but also by a cherished memory of being introduced to the song through his late father who played it frequently when relaxing with friends during Downing’s youth. Whatever the reason, the singer and song fit like a glove. Romantique Part 2 closes with a second Downing original and very radio-friendly first single Ready, Willing and Able. This one is classic Will Downing, delivering the kind of quality he’s made seem effortless for over three decades. This one is sure to satisfy the portion of the fan base that supports the tributes but always stays eager to bump brand new material. Downing absolutely kills the lead and background vocal treatments over an infectious punchy mid-tempo groove that dares you sit still. Stations across the country should immediately find this as a welcomed addition to their playlists. Romantique Part 2 easily triumphs as a fitting tribute and follow-up to Part 1 of the series, but more importantly, it triumphs as a reminder of the musical treasure that is Will Downing. No one and I mean no one else could deliver the range of vocals and styles on display in this release. It’s Sophisticated. It’s Soulful. It’s Sophisticated Soul and Will Downing is the undisputed reigning Prince of Sophisticated Soul!