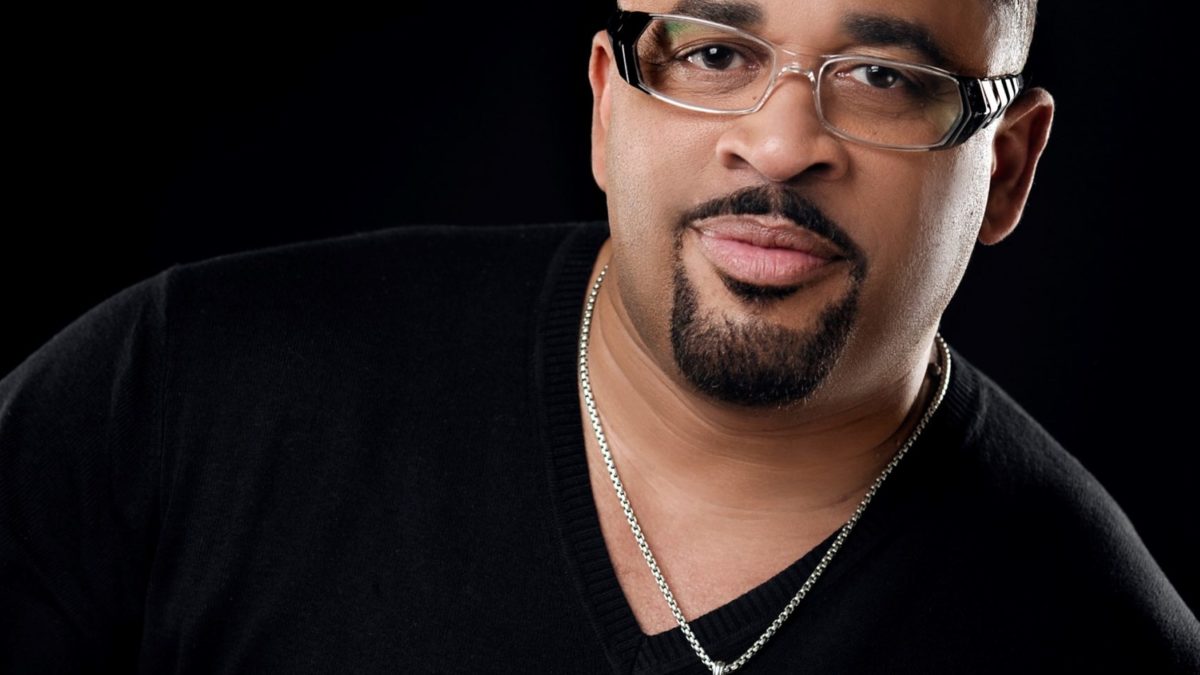 Cage’s evolved perspec/ve on the power of praise dates back to his youth. Born in Grand Rapids, MI –  the second of three children – he was friendly with the DeBarge R&B singing family and his uncle Bishop  James Abney taught him choir conduc/ng at an early age. Cage’s father was a director of Veteran Affairs  for the State of Michigan and his mother was a trainer for Blue Cross/Blue Shield.

Cage’s mother and the Motor City provided a rich musical outlet for Cage. He started playing the sax but  switched to the piano. “My mom and I were at a funeral home wai/ng for a wake to start and she was  back there talking to someone and I got up on the organ and stared playing,” he says. “She asked me  when I learned to play the organ. I said it was something I learned in school. So there was a piano in the  fellowship hall at church and I was always on that playing so my mom finally got me an upright piano  when I was 13.” He basically taught himself to play by mimicking his favorite records and learning by ear.  Cage also had a string of mentors who would become famous in their own rights such as Thomas  “Maestro” WhiTield who took Cage under his wings. “When he moved to Detroit Donald Vails was my  minister of music [at Greater Grace Temple on Seven Mile & Schaffer Streets],” Cage adds. “Fred  Hammond played bass guitar, Charles Ellis who was is now Bishop Ellis was on drums. Mitch Jones from  Commissioned was in the choir. I played the organ, directed and sang. It was a wonderful and enriching  experience for me.”

With solid musical training under his belt, Cage moved to Atlanta to aYend Morehouse College and  began to assist the music departments of various ministries before launching his recording career with  AIR Records in 1994. Although, those early CDs performed well, it wasn’t un/l the new millennium that  Cage became a household name in black church circles with hits such as “The Presence of the Lord,”  “Royalty,” “Broken, But I’m Healed” and “I Will Bless the Lord.” A^er a path that has had its share of  twists and turns, Cage feels he’s where God meant for him to be. “The most rewarding thing to me, no  maYer where I go in the world, is to have people approach me and begin to talk about the songs… All  the awards on my mantle are great but those things are just trophies. What really maYers is when I leave  this earth was there anything that I did that was impacTul enough to give God the type of glory to point  people to Him? Did the songs bring hope to hopeless situa/ons? If so, then I know I’ve done what God  called me to do.”

2007 Broken But I’m Healed (#4 HIf you missed this morning’s virtual info session, The Center of Excellence for Educator Preparation and Innovation invites you to sign up for one of our upcoming sessions!

2011 Male Vocalist of the Year

2004 Male Vocalist of the Year

2004 CD of the Year: Live at New Birth Cathedral

2004 Song of the Year: The Presence of the Lord is Here

2006 Gospel Album of the Year: An Invita/on to Worship